David Moncur sent me this black and white picture with a comment.

I have discovered that the name of the man standing on the wing is George Mullay who was with 603 Squadron during the Battle of Britain. 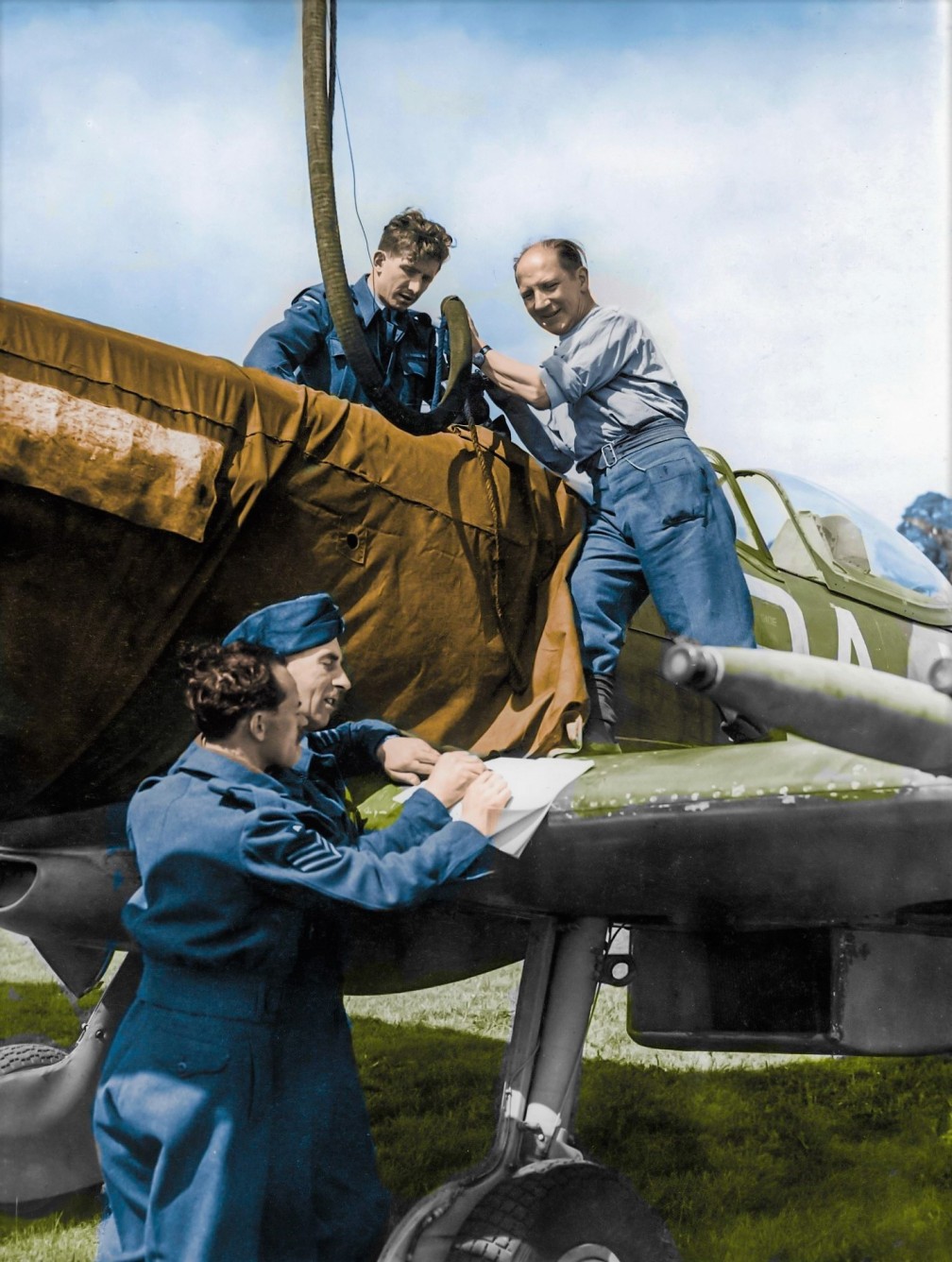 Colorised by Pierre Lagacé and edited by a dear friend…

Also the group photo of crew in front of the Spitfire (with Mullay on the far left) was taken at Tangmere in 1948.